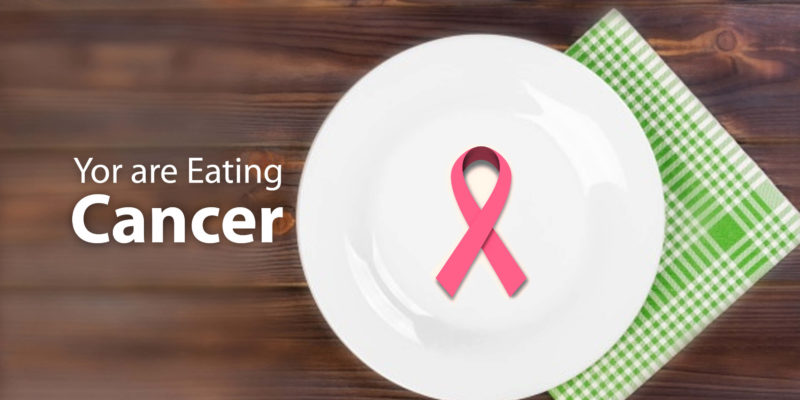 Ultra-processed foods may carry an extra risk of cancer. Processing of such foods can create carcinogenic (cancer-causing) compounds.

A new study measured eating habits in nearly 105,000 adults for five years. Their regular diet consisted of 3,300 different food items. More than 2,200 cases of cancer were diagnosed in the group.

The study showed that on average, 18% of people’s diet was ultra-processed. There were 79 new cases of cancer every year per 10,000 people.

Scientists concluded that for 10% increase of ultra-processed foods in diets, there is a 12% higher risk of developing cancer.

Further analysis revealed 11% increase in the risk of breast cancer.

Ultra-processed foods in the study included mass-produced breads and buns, soda and sugary drinks, instant noodles, sweet or savoury packaged snacks, chocolate bars, sweets and frozen or ready to eat meals such as meatballs, poultry and fish nuggets and other meat products transformed with the addition of preservatives other than salt.

It also included food made mostly or entirely from sugar, oils and fats.

Ultra-processed foods have higher content of fats, sugar and salt and lower amounts of fibres and vitamins.

Because of contact with packaging materials, food may become contaminated with potentially harmful substances.

These foods contain additives that, although approved for food use, are controversial, as some animal and cell studies suggest that they can cause cancer.

The study was conducted by French national research organisation Inserm in France and Brazil.

Read: What are we?

“Results from this study support the claim that the shift in the world’s food supply to highly processed foods may partly account for increasing trends in the incidence of non-communicable diseases, including cancer,” Martin Lajous and Adriana Monge of the National Institute of Public Health in Mexico wrote in a commentary.

Ultra-processed foods also cause obesity which has been linked to increased cancer risks.

Read: We are eating plastics

A number of surveys from various countries revealed that 25-50% of daily energy intake in people is from ultra-processed foods and an increase in the consumption of highly processed foods could be the reason for the increasing trend in cancer incidence.