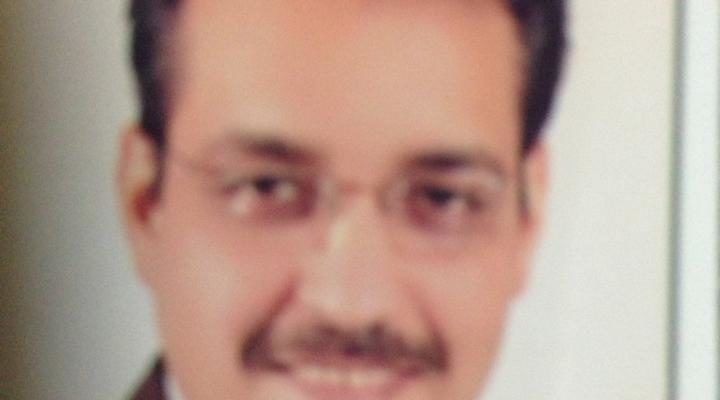 The general belief is that fat people are merry-go-lucky type guys who laugh a lot and are fun to be with. If you believe me, nothing could be farther from the truth. If at all they laugh, it is to hide their pain and embarrassment.

I am saying all that from my personal experience. I was 106 kg at the age of 38 and had contracted all the diseases associated with obesity. In public, indeed I behaved as if I was totally carefree, but the spectre of blood pressure, diabetes and arthritis used to keep me awake at night. Worse, I had thyroid problem. Since everyone told me that my weight gain was due to the thyroid trouble and there was no way out for me, I felt all the more helpless.

I tried lot many things with little knowledge that they could hardly help me. I joined health clubs, gym, etc but got no benefit. Being a dreamer I always had zeal to do something great in my life and admired good health and figure with vital statistics. But the multiple problems made me pessimistic about my health and I compromised with the situation.

Because I lost my father when he was 44 (he died of heart attack) I was scared for the sake of my wife and children. Worse, many experts told me that my weight gain was due to my thyroid problem and nothing much could be done about it.

I was suggested physiotherapy by doctors for back pain and regular walk and exercise for high cholesterol and BP but these hardly did anything for my weight.

But God was kind to me when I came in contact with some of my family friends who had already lost weight considerably. There and then I decided to follow the same and met Mr Amar Chandel, a yoga and holistic health practitioner. He made me realise the serious repercussions of obesity; he motivated me and asked to devote six months to my health exclusively.

He made a specific diet regimen for me and did counselling which changed my life ultimately.

I was explained that my life at that stage was like an overloaded cart with the horse dangling high in the air. It was necessary not only to cut my intake but also to reduce it only to subsistence level so that the body could recover and heal itself. In short, I was to eat food like medicine. At the same time, I was to incorporate physical activity into my daily routine.

The overall formula for me that I was to eat like a bird and work out like an animal. Had this been prescribed to me at one go, I would have been intimidated but the secrets of good health were revealed one at a time.

After this counseling, I was convinced that ignorance of rules of good health was no excuse. Just as a car can be safe only if all the four doors and the boot are properly locked, we have to observe all laws of health religiously if we are to win the battle of the bulge. Proper diet, exercise, positive attitude and spiritual touch through meditation became my constant companion.

Soon enough, yoga, pranayam and stretching exercises started showing results. The weight started coming down at a rate of about half a kg per week. Beginning with simple stretching exercises, gradually I moved on to more difficult ones. The results were nothing less than miraculous from the very first week.

My waistline was 44” and tummy was bulging out like a balloon. To my surprise with loss of weight all the problems vanished. My waist has been reduced to 33” and I feel enhancement in quality of life, more energetic, improved concentration.

In the beginning I found the going heavy, as I was constantly out of breath, and also became tired fast.

I would leave the class every time with bundle of inspiration and fire inside me, which made my spirit determined to change the eating habits.

Now I can run for up to 6 km a day and feeling is great, energetic, and enthusiastic. I can realize my body is free from diseases and there are certain positive changes in my thyroid levels too. The six-month effort brought stability in mood, control over temperament, positive attitude. Now I am able to do everything I had stopped doing due to the painful knees, including climbing stairs, long and brisk walk to running.

Initially, my wife was not at all convinced. In fact, she used to like my rolly-polly type personality and it was difficult for her to digest my “thin” avatar. But later, after observing positive changes in me she began to develop interest into this and notice the benefits, which made her stick on.

She had never ever exercised in her life and being a typical northern Indian housewife was very fond of stuffedpranthas and vegetables laden with oil, and with least control over sweets.

We had joint session with Mr Chandel for maintaining continuous level of motivation and he played a major role as counsellor. Soon enough my wife Ritika too became a strict follower.

Ritkia has lost 20Kg and has became a role model for our children my son Paras (5 ½) and daughter Anshika (2) who follow us. Very often we go for outing and late night parties. To our surprise the children hardly get tempted by cold drinks, chocolates, fast foods, etc. Like us, they have tasted the fruit of good health and are unwilling to give it up. Children of their age gorging on junk foods do not act as a temptation for them. Rather, my children laugh at them or have pity at them.