Our master speaks on Oneness

Our master speaks on Oneness 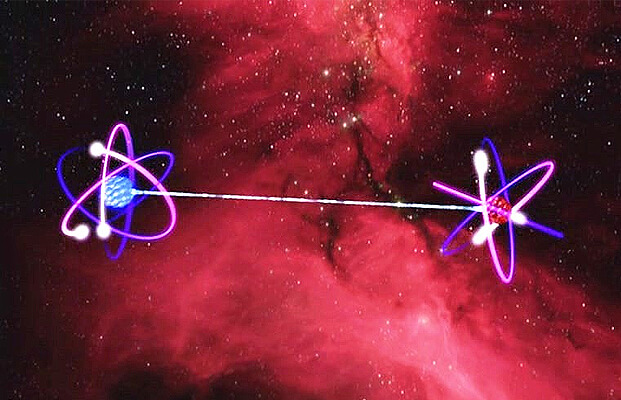 There is a concept in physics ─ a fascinating concept ─ called entanglement. Einstein referred to entanglement as “spooky action at a distance.”
In brief, entanglement means that a proton in San Francisco, if it is entangled with a proton in London, will react instantly to any change in the proton in London, and vise versa. It’s like having two identical cats in different places that act as one cat.
Where this becomes practical, from a metaphysical point of view, and certainly instructive for those trying to minimize ego attachment to human thought processes, is when we note that people, having the same idea at the same time though they do not know each other and are living in different locations in the world, are entangled, that they are not having a singularly original idea.
Overall, we think any new thought entering out minds (even this thought) is an original thought and individual to us, but it may not be. Perhaps nothing a human thinks originates with a single individual. Further, if we take into account, for example, the multiple similarities between the Egyptian and Mayan pyramids, entanglement may exist in time just as it does in space ─ the distance between things.
If ideas are entangled in time, like protons are in space, an idea in the mind of an individual in the past or future, entangled with an idea in the mind of an individual in the present, would place in the mind of the individual in the present ideas which enter the minds of individuals in the past, present, and future, simultaneously. No thought would exist in isolation from all thought.
Though we tend to disbelieve “we are one” (often justifying human selfishness), in fact, we may be one. One, not only as a body of people alive today, but one with the body of those who have been and those that will come to be.