Take research with a large pinch of salt

Take research with a large pinch of salt 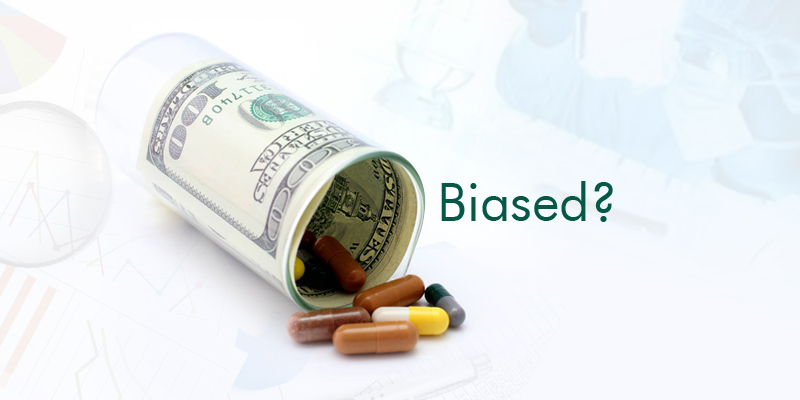 The one who pays the piper calls the tune.

When food companies fund a research, you can well imagine what the conclusion of the health study will be.

The research of New York University nutrition professor Marion Nestle shows that when studies are funded by food and beverage companies, nearly 93 percent of them show biased results that favour the sponsor’s interests.

Read: Heart of a man and a woman

In 2015, it was found that Coca-Cola had paid scientists to push the message that exercise was a more effective weight loss tool than cutting down on food and drink. The motive was to encourage people to eat and drink in abundance in the fond hope that they would be able to burn the fat. The fact is that nobody can out-exercise what he eats.

It even created a nonprofit organisation called the Global Energy Balance Network and spent $132.8 million on scientific research and partnerships between 2010 and 2015.

Read: 7 reasons why you might want to think twice before eating your next steak

When the New York Times started an investigation, the nonprofit was disbanded!

A 2015 study published in the American Journal of Clinical Nutrition looked at just 14 overweight postmenopausal women over a period of two weeks to examine the effect of high-fat cheese and high-fat meat on cholesterol. It came to the fantastic conclusion that diets with meat and cheese as the primary source of saturated fat caused higher levels of HDL, or so-called “good” cholesterol compared to a low-fat, high-carbohydrate diet. The study was fully funded by the dairy industry, including the Dairy Research Institute and the Danish Dairy Research Foundation.

According to private emails uncovered by non-profit US Right to Know, companies like Monsanto have recruited academics and paid them in the form of grants and trip to publicly defend the safety of herbicides used on genetically engineered crops.

Read: Does memories travel in DNA?

A 2011 study by lead researcher Carol O’Neil, PhD, MPH, LDN, RD, Louisiana State University Agricultural Center, found that children who eat sweets tend to weigh LESS than those who don’t. As you could have guessed, the research was funded by the National Confectioner’s Association, a trade group representing manufacturers of well known candies such as Snickers bars, Tootsie Rolls and Skittles.

Moral of the story: there are lies; there are bloody lies and then there is research!